R is for the Motherhood Race

We live in a competitive world, where everyone is competing against each other, for a better job, a better car, bigger homes, better income, etc.

And motherhood has also been added to this bandwagon. It’s sad but true. In the race of motherhood, little babies who have just entered the world also become part of it.

Because the judgment of a good, competent mother is based on how fast and perfectly her child does something.

And in the first year of motherhood, it’s all about doing everything first, reaching milestones as fast as a baby can. Seriously, don’t people realize it’s a natural and biological thing? And every baby does it in His timing.

If you are a mother, in your motherhood journey, at least once you must have come across the comments below:

He isn’t rolling over yet?

He hasn’t started crawling yet? My baby did it in 6 months only.

He isn’t walking yet? My grandchild did it in 9 months.

Isn’t he a little thin? Babies should be chubby. Look at your friend Ria’s baby, he is so chubby.

… And it goes on and on…the race never ends.

These comparisons put you in a race of motherhood, which you can never win. But yes, we all fail each other and our babies in this useless competition.

Why Mothers get caught up in this Race?

When a woman becomes a mother, she goes through a lot of changes mentally and physically. On top of that, she is nervous and terrified of doing something wrong when it comes to her baby. She is doubtful of herself.

And that doubt makes her vulnerable to other people’s comments and judgments. She starts comparing her motherhood skills to others. If her baby is not fast in doing something or a little late than other babies, she thinks she must be doing something wrong, and start taking unnecessary efforts sometimes. And from there starts the comparisons, competitions with others, the zest to be the best mother.

Without even realizing it, a mother gets caught up in this race of motherhood.

How to avoid getting caught up in the Race and survive the competitive Mothers?

Listen to the Doctor

When it comes to growth and milestones, always listen to your pediatrician. There is no fixed timeline for a baby to reach a certain milestone. Every baby is different and until the doctor says everything is fine, you don’t need to worry about anything. Let your baby do everything in his own sweet time.

Turn a blind eye to other people’s comments

It’s not easy, but it’s the best thing to do. If you can teach yourself to be not affected by them, they are just talks. Sometimes when people see you are not reacting the way they thought you should, they might stop saying such things. In this case, ignorance is bliss.

Stop the comparison yourself

We all are competitive by nature; just some are more than others. So many times we see our neighbor’s or relative’s babies, and even if we don’t want to, we end up comparing ourselves. Try not to do it as much as possible. And if you do, then just don’t dwell on it later.

If that mother is good at something you think you are not, just understand she has her own strengths, and you have yours.

When you see that perfect looking Mom posing with her baby on Instagram, understand that people show their best on social media. You don’t know the story behind that perfect picture. That Mom might have taken hours to get ready for that picture or her baby was being fussy, and she had to take hundreds of pictures to get that one perfect click.

No one will remember these details

No one is going to remember at what age your baby crawled, walked, or talked except you. And in the grand scheme of things, your baby’s future, these are just minor details. So don’t stress too much. Everything will be fine.

There is no medal for you at the end of this Race.

No one is going to award you the Best Mom of the year.

And we all lose in the end if we are putting down other Moms.

Motherhood is not a race; it’s the most terrifying and the most beautiful journey of life!

Enjoy Your Journey with your Baby!

Note: This post is written as part of the #BlogchatterA2Z Challenge for the letter R.

What a lovely post and so so true. I do not know when and how moms start running this rat race. Your tips are really amazing.

Oh yes!! That comparison point. Why, why not, when, how …all of them take the new mommies away from their actual task and they start comparing their little ones to every other child in the world.

Comparisons are only natural. We parents also do this a lot.

We mustn’t get carried away though.

Hi, This is Poorvi. Work at home Mommy to a 3-year-old toddler. I am a blogger and freelance writer. Motherhood inspired me to fulfill my dream of being a writer and I am loving every bit of it. 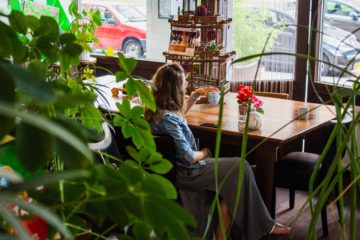 Radha was busy in the kitchen preparing dinner. Her 12 years old son, Viraj was sitting at the dining table, munching on his favorite cookies she had made for him and working on his latest craft project. Read more… 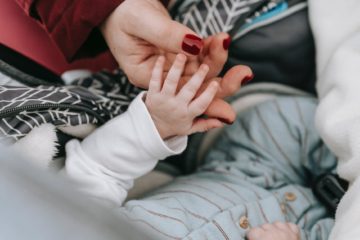 My Covid Story ( Giving Birth while being Covid+)

My story of fighting covid during my pregnancy and birth of my baby. 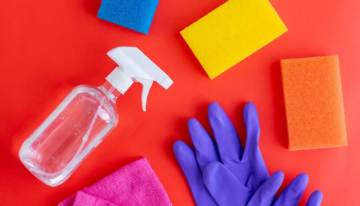 Last month, my 4-year-old son got sick. He caught a nasty cold that had him sneezing and coughing for some days. We all know that these cold and flu viruses are highly contagious. When one Read more…